In 2013, a five-year agreement was signed between the French Waterways (VNF) and BAMEO (subcontractor Vinci Construction) to replace 29 dams, six in the river Aisne and 23 in the river Meuse. In both rivers, automatic barriers are placed, equipped with inflatable membranes at the water. Turbines in all dams are connected to a micro-hydro-electric station.

The foundation work for these dams is performed by the ICE 416L vibratory hammer, with a single and double clamp. This normal frequency hammer has a great pulling force and is widely used. Vinci Construction is working simultaneously at ten dams this year, which means that also ten vibratory hammers are working! 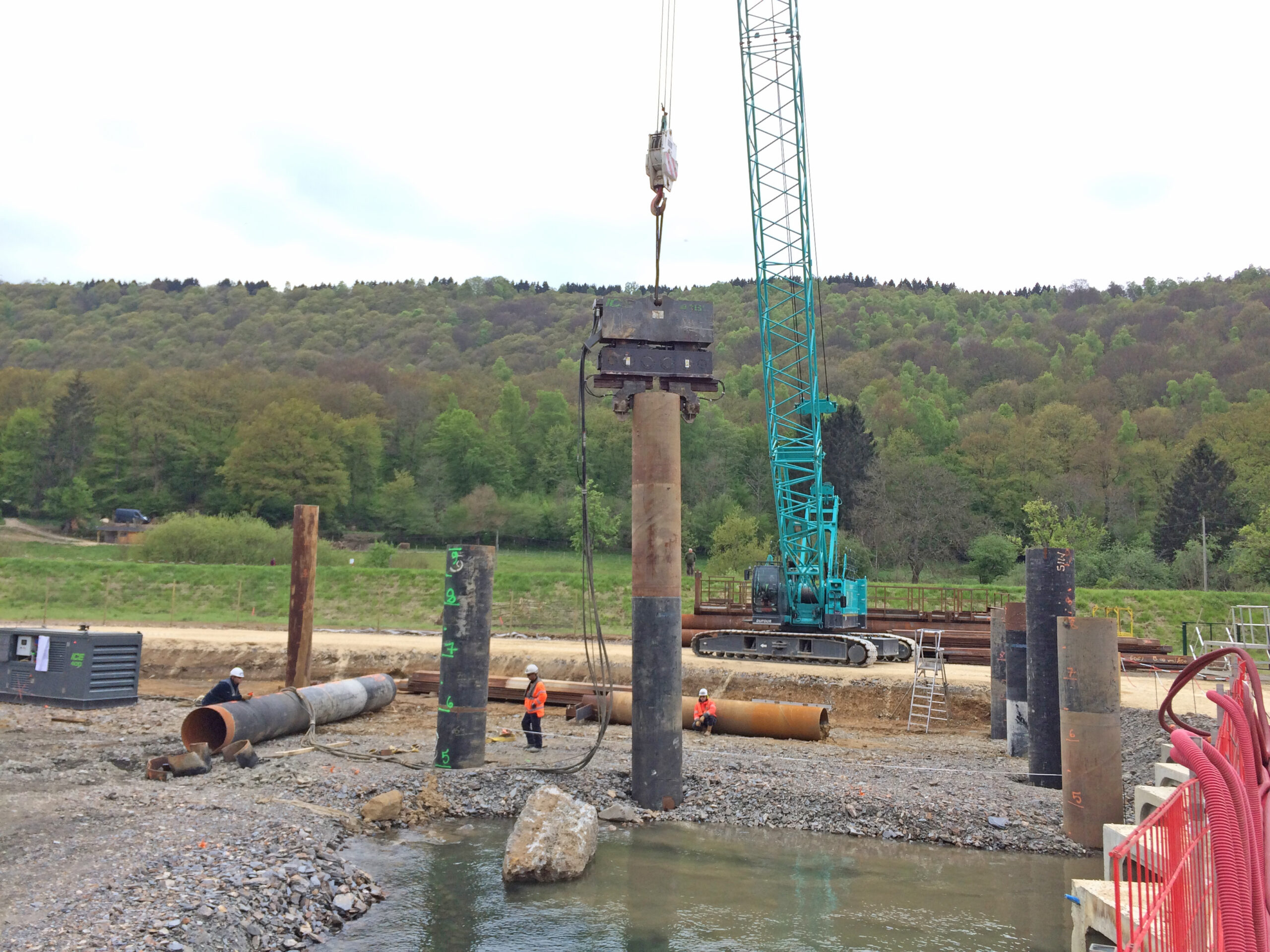