The dismantling of the wind turbines started in October 2016. The PVE 500M was used to extract the foundation of the wind turbines. Four piles, each 26m long and with a diameter of 3.20 to 3.70m, were removed one by one from the seabed and carried off via pontoons. Because of the enormous centrifugal force of the vibratory hammer, the piles were extracted in only 45 minutes each. The PVE 500M, which is a combination of two 250 kgm carters patented according to our GIANT system, has proven once again to have the power to extract 70 to 80 tons piles without any problems. The PVE 500M is a reliable vibratory hammer which managed to do the job in record time. The project is successfully executed by Hebo Maritiemservice.

During this project the Dieseko Group R&D department carried out several underwater sound tests. The main goal of the tests was to gain more insights in sound effects. Results will be shared at a later stage. 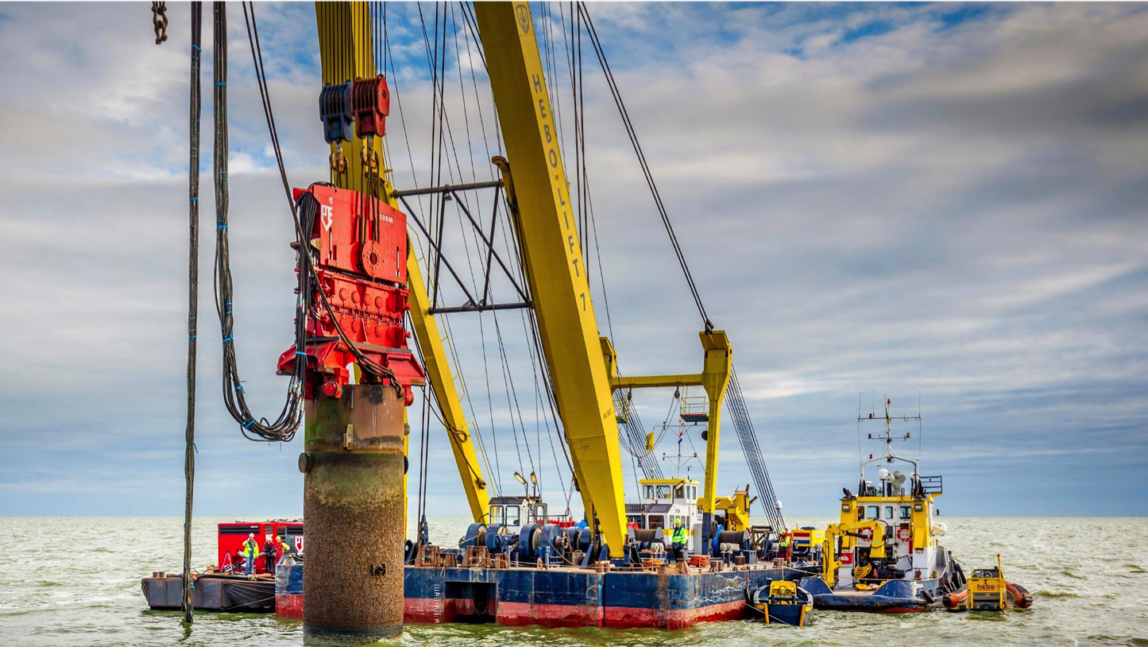 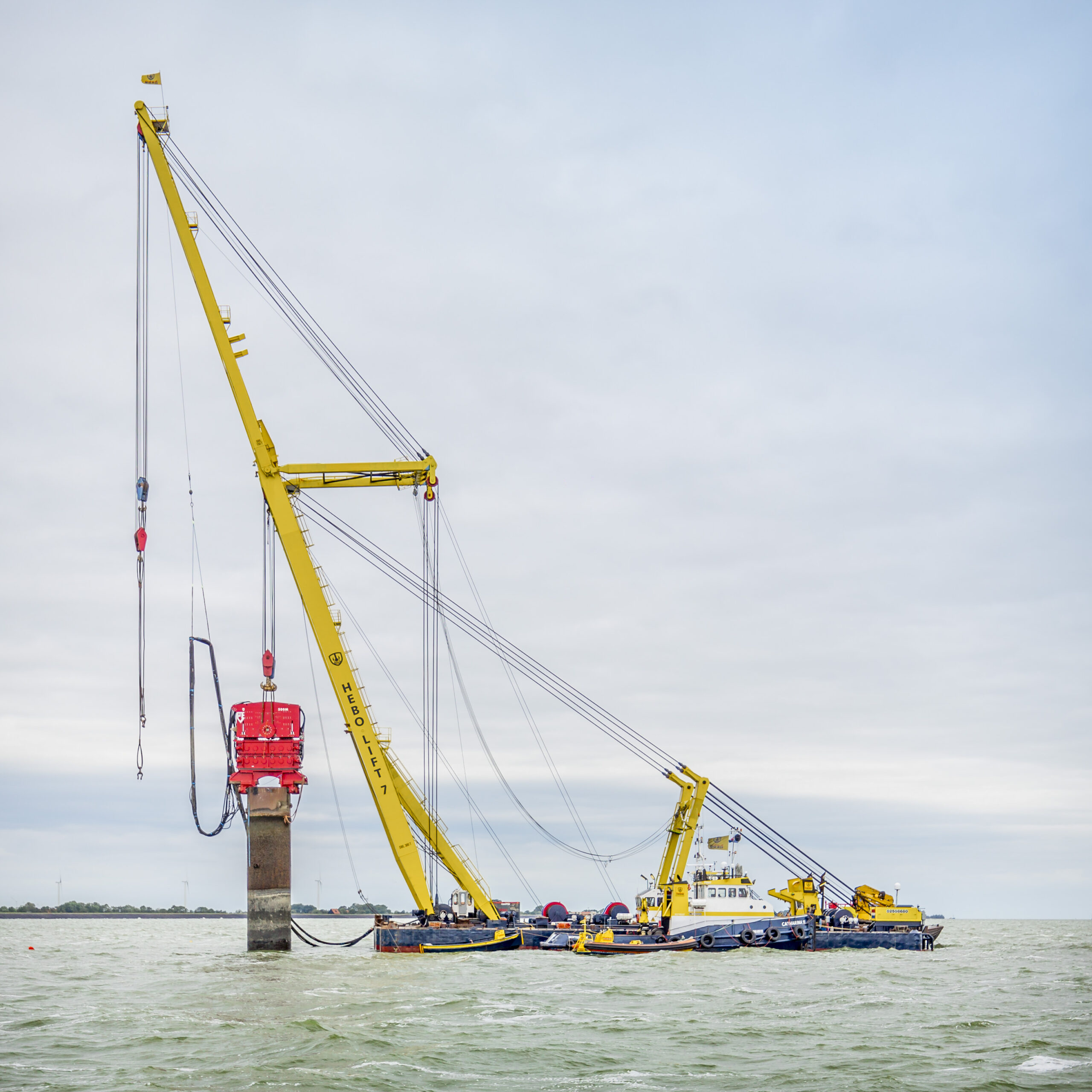 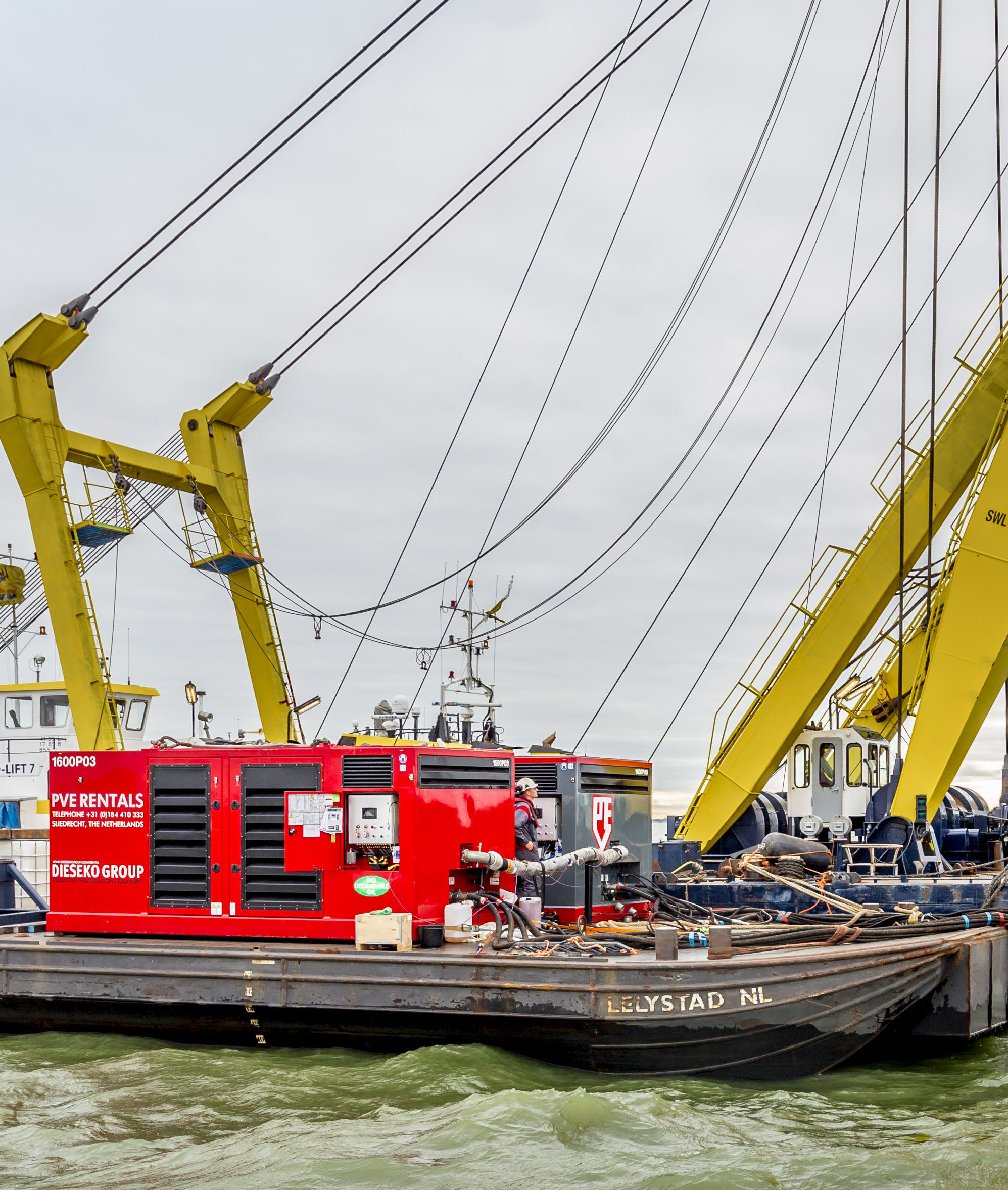