A Vibratory Hammer with a variable eccentric moment can be turned on and off without vibration.

places in the world

where we sell and service vibratory hammers

A safe technology in the urban area

A traditional Vibratory Hammer has a constant eccentric moment and an average rpm of 1.500 revolutions. Passing the critical frequency area during start-up and stop, will cause disturbing negative vibrations in the boom of the crane and in the soil; not just at the spot, but with a considerable perimeter distance.

When using a High Frequency Vibratory Hammer with Variable Moment (VM/RF) with an adjustable moment of 0 to max 2300 revolutions per minute, critical vibrations in start-up and stop are eliminated. After passing the critical frequency area, the eccenter weights are automatically adjusted and synchronised to the current eccentric moment.

Therefore, when driving in urban areas, it is best to use a Vibratory Hammer With Variable moment. 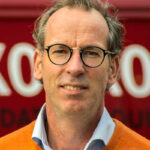 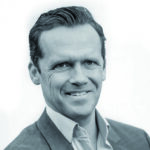 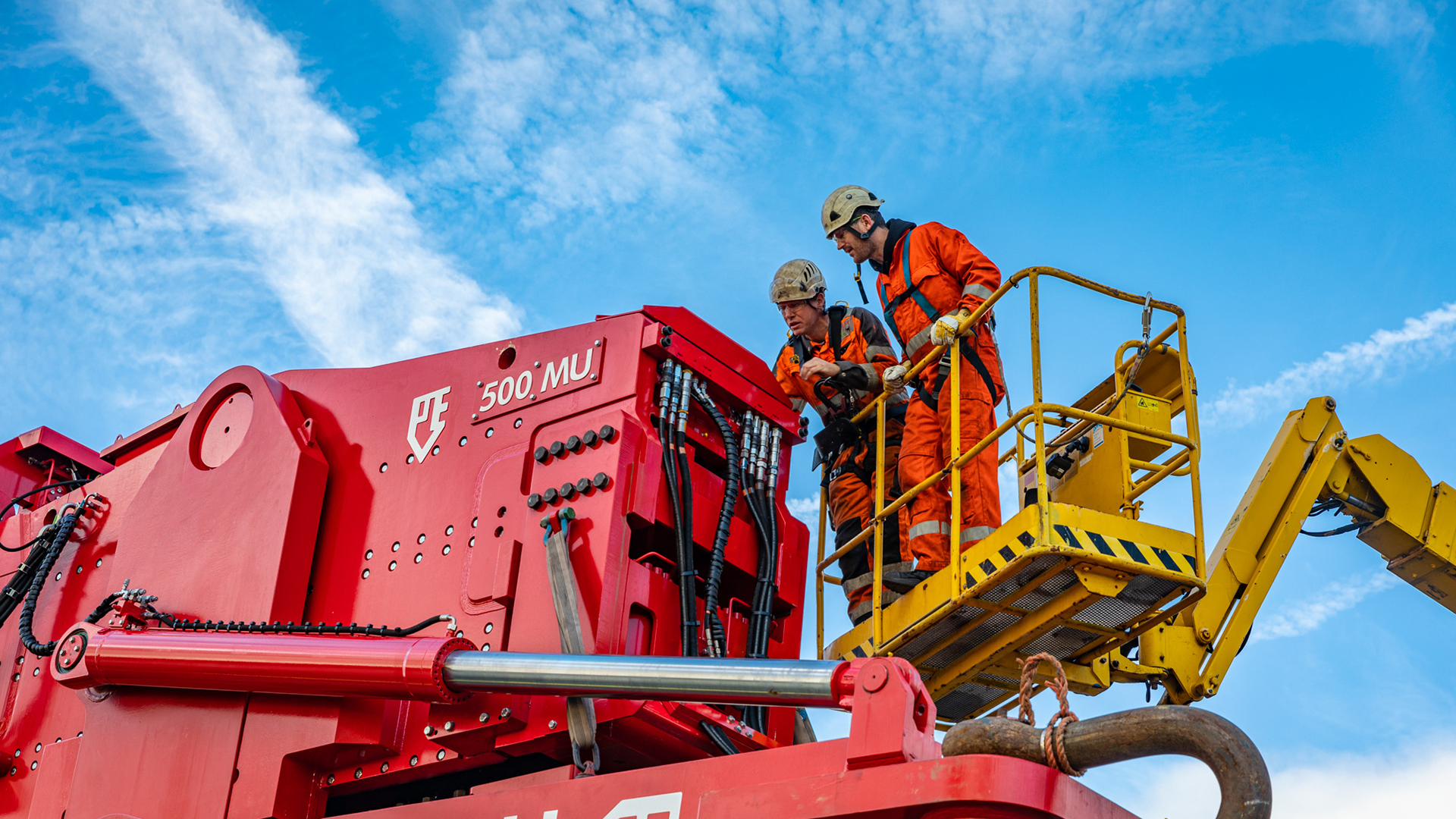 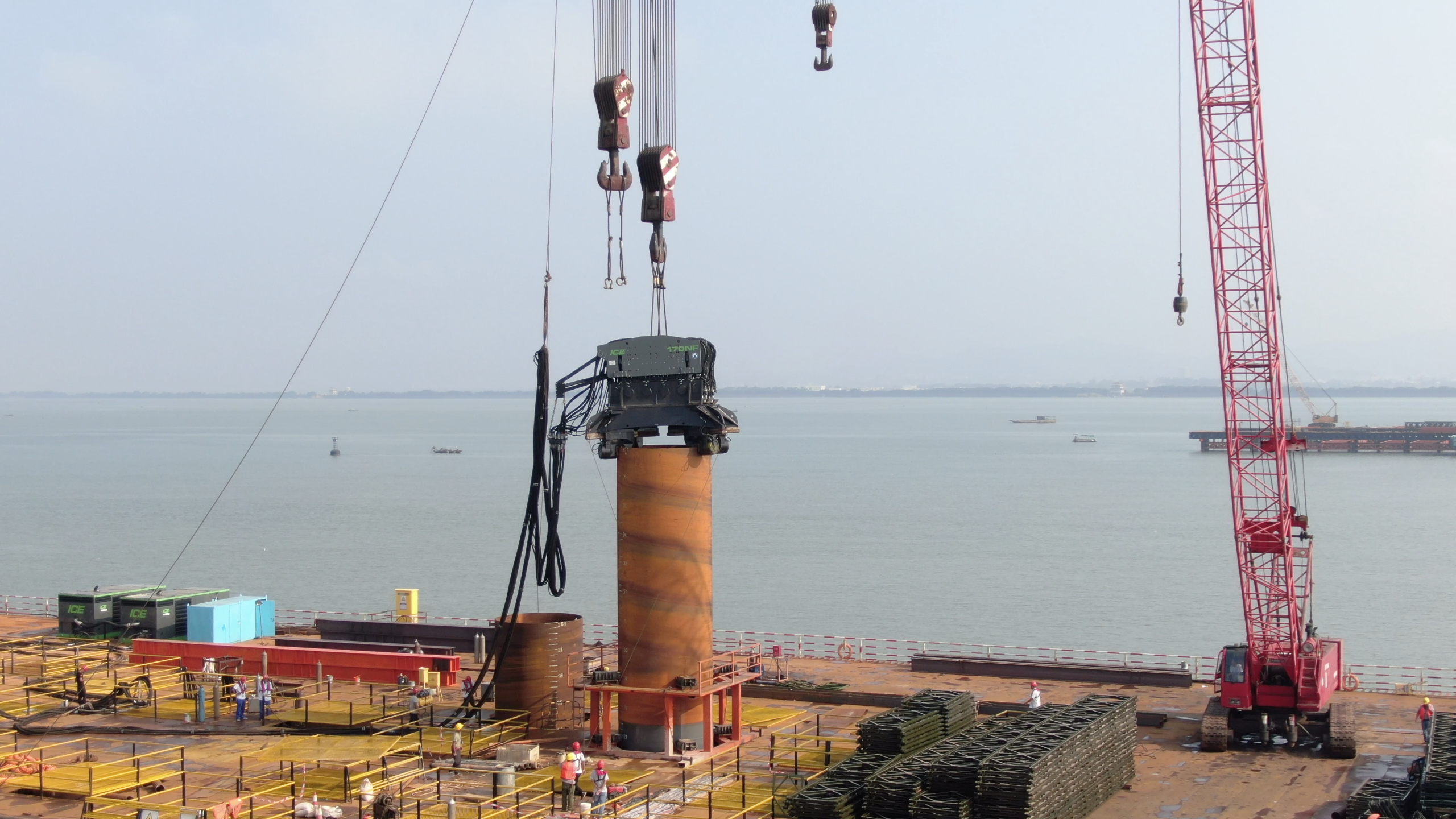 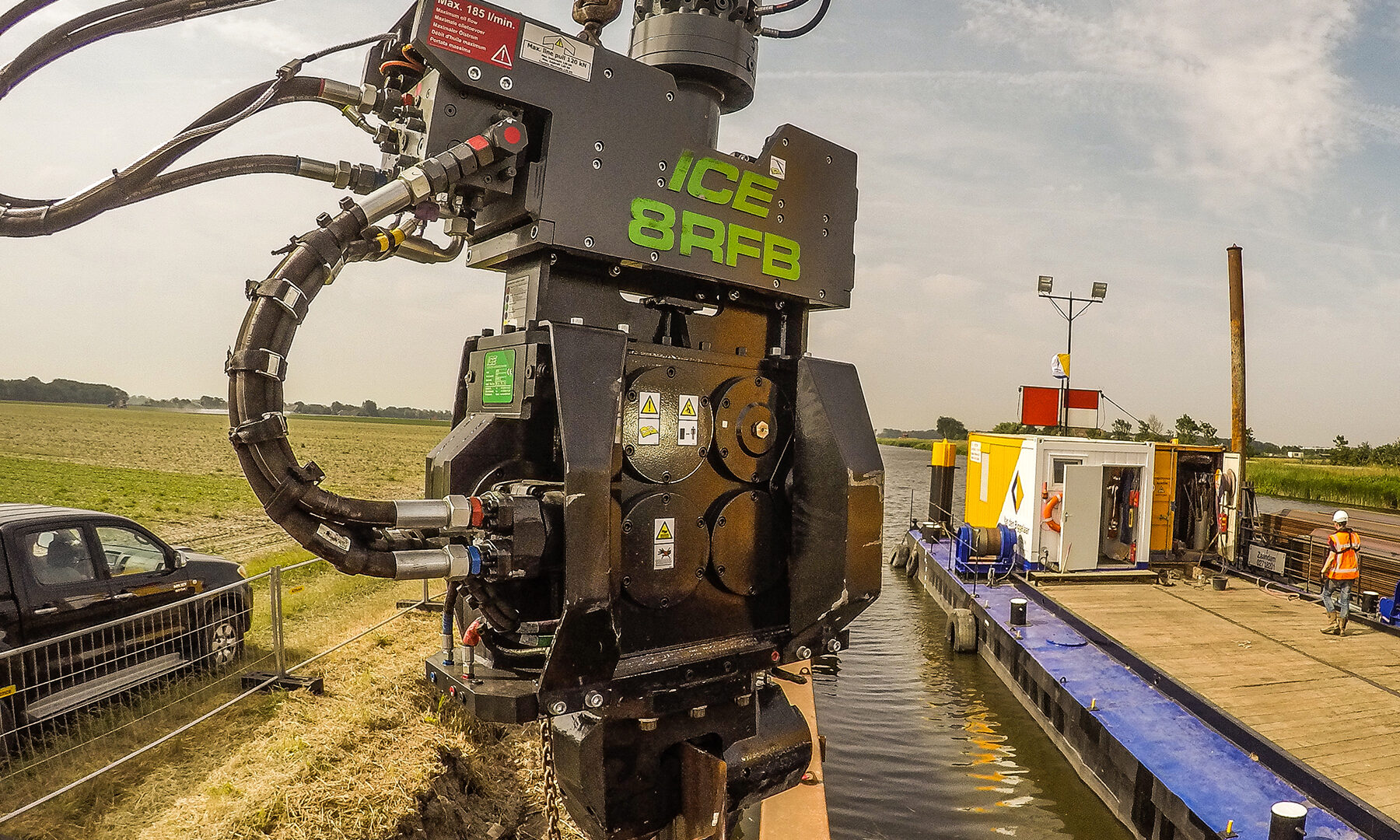 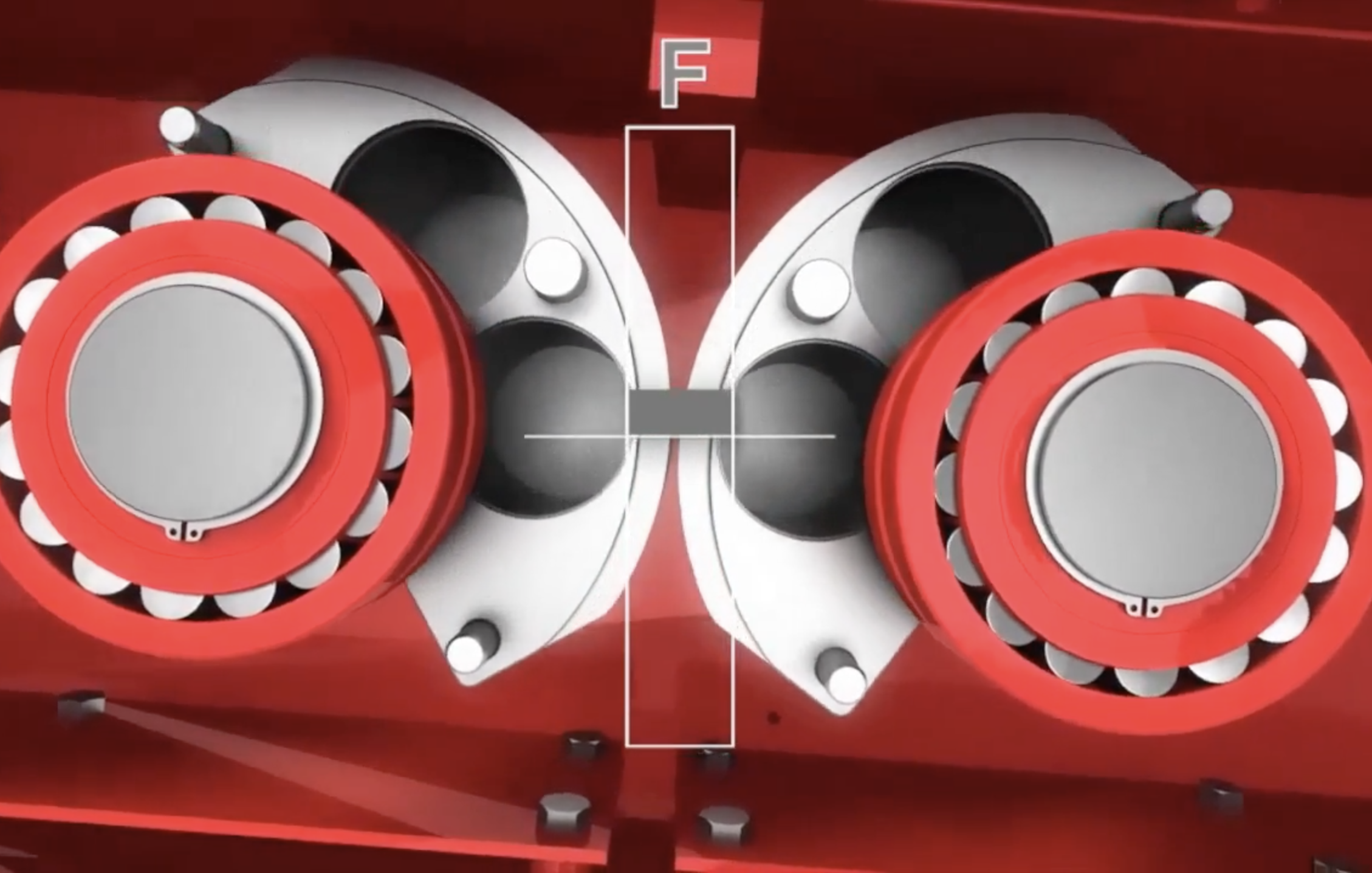 A Vibratory Hammer with a variable eccentric moment can be turned on and off without vibration. For this, the eccentrics are placed in a zero position with an adjustment motor.

Due to a high rotational speed – as a result of which the Vibratory Hammer works further away from the soil’s resonance frequency – and due to the smaller amplitude, these vibratory hammers are less harmful to the surroundings. The ability to adjust both the moment and frequency makes a VM/RF Vibratory Hammer the perfect Hammer for different soil types and different profiles. 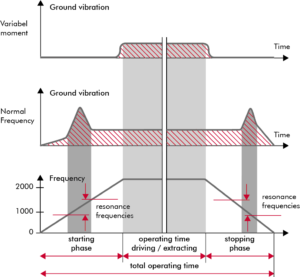 The adjustment of the eccentrics is completely automated. As manual (remote) control for shifting the eccenter weights is possible, the most ideal amplitude can be generated for each soil type.

It is not necessary to readjust the vibratory hammer when stopped and re-started. The hammer will automatically select the last setting. With VM/RF, it is possible to maintain the hammer at its maximum frequency while bringing the eccentric moment to 0. The Vibratory Hammer can be brought to standstill without causing any vibrations.

Vibrating with VM/RF works automatically and safe. It is an ideal equivalent of the pressing method. 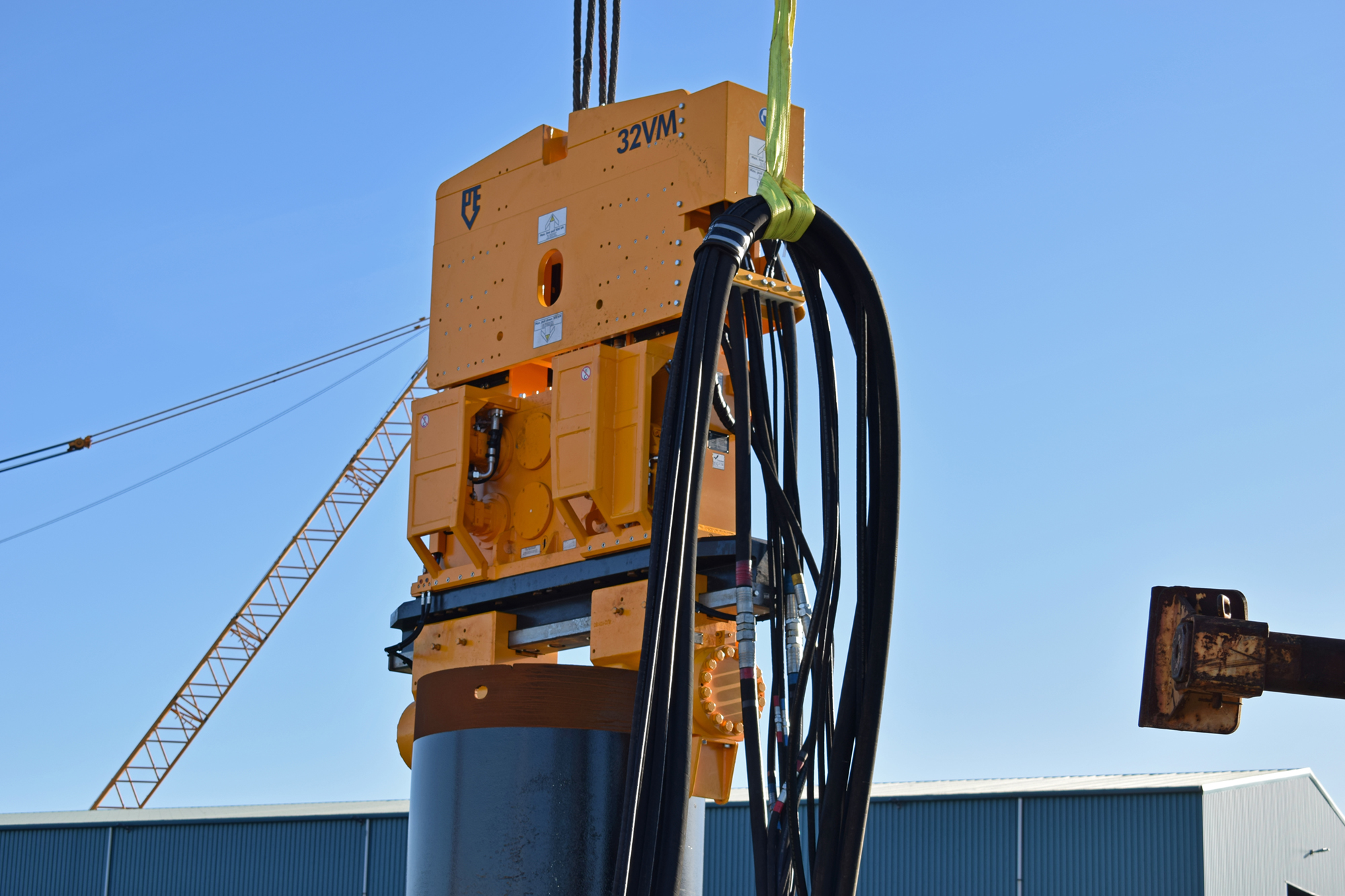 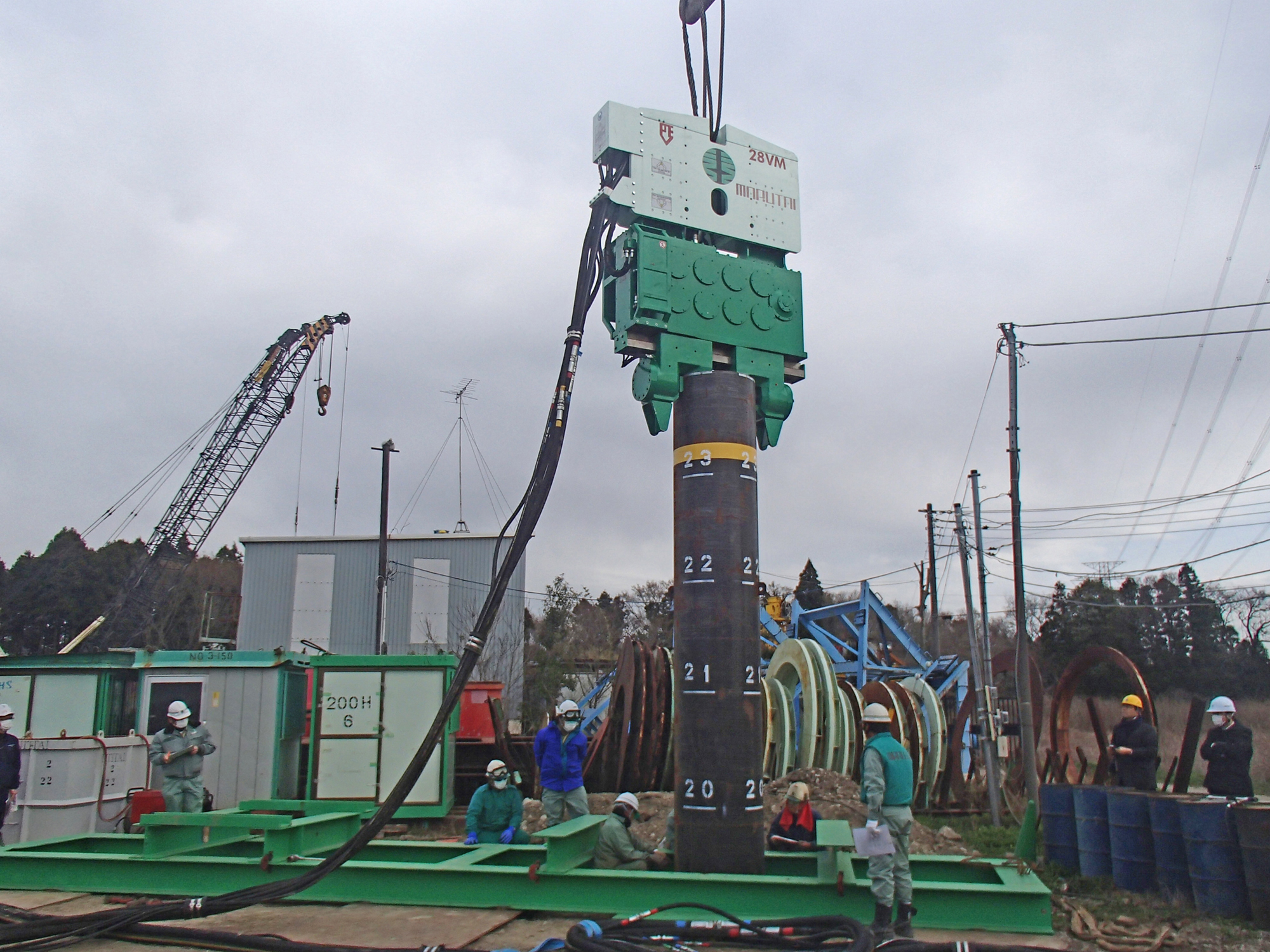 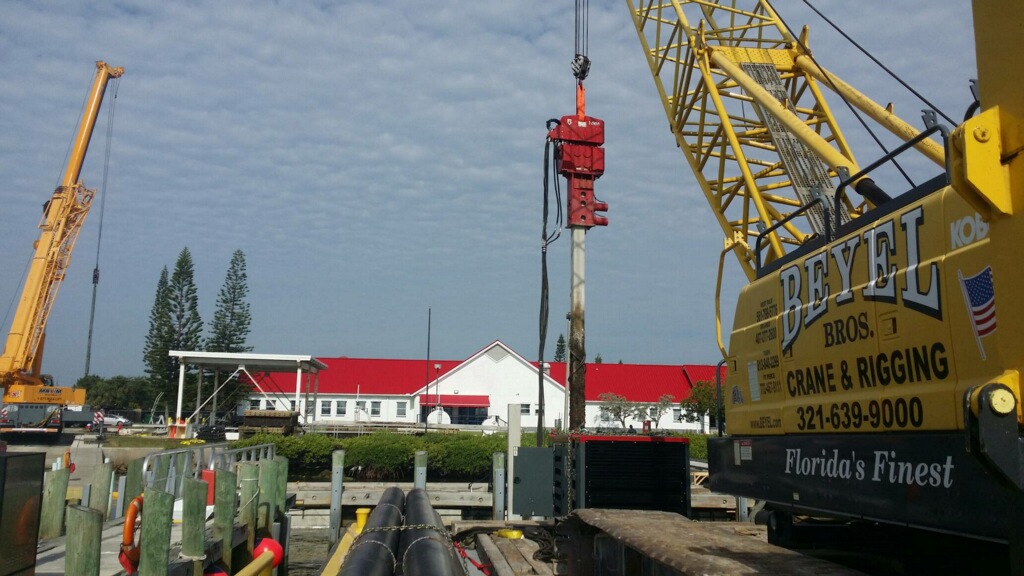 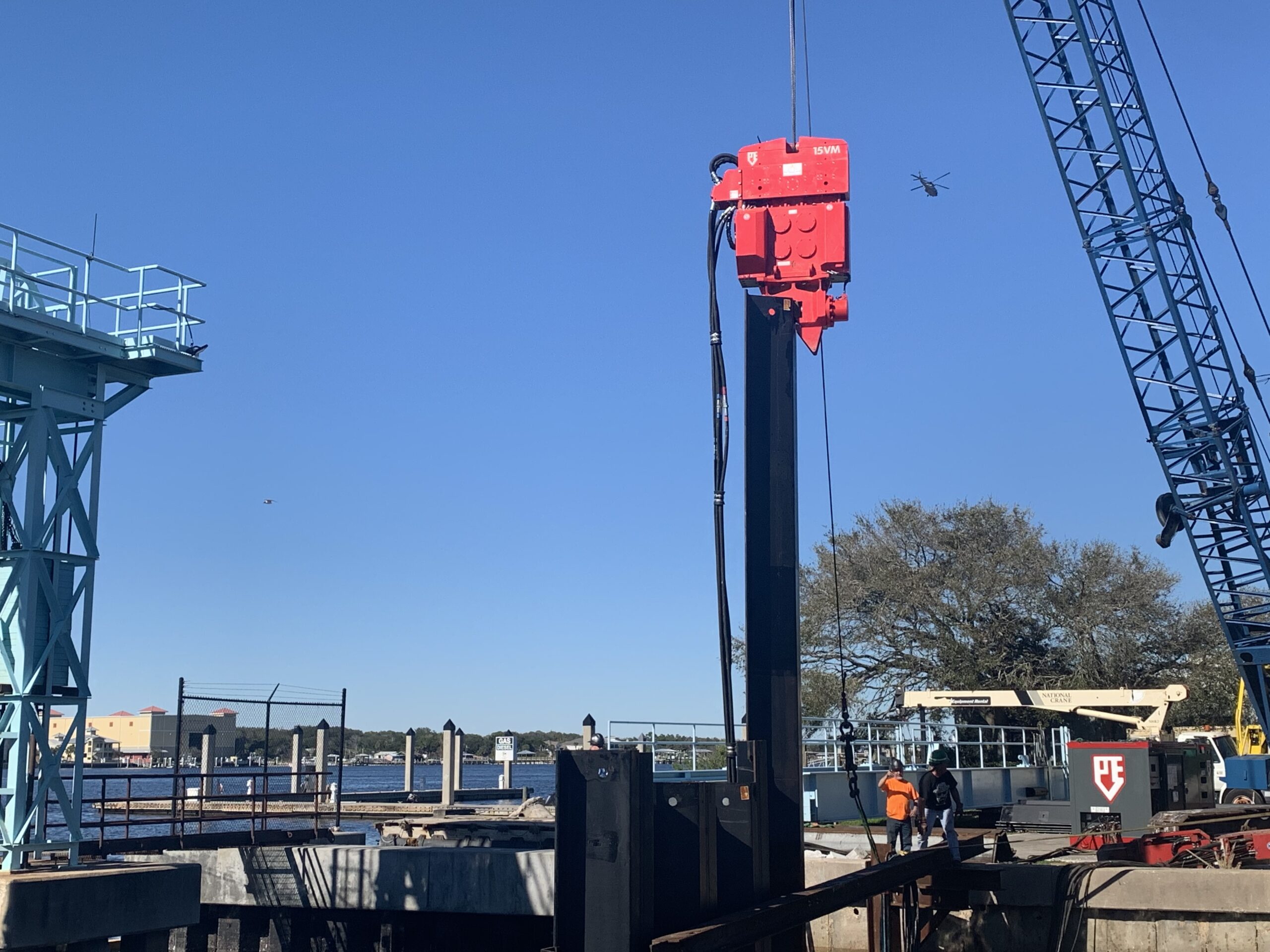 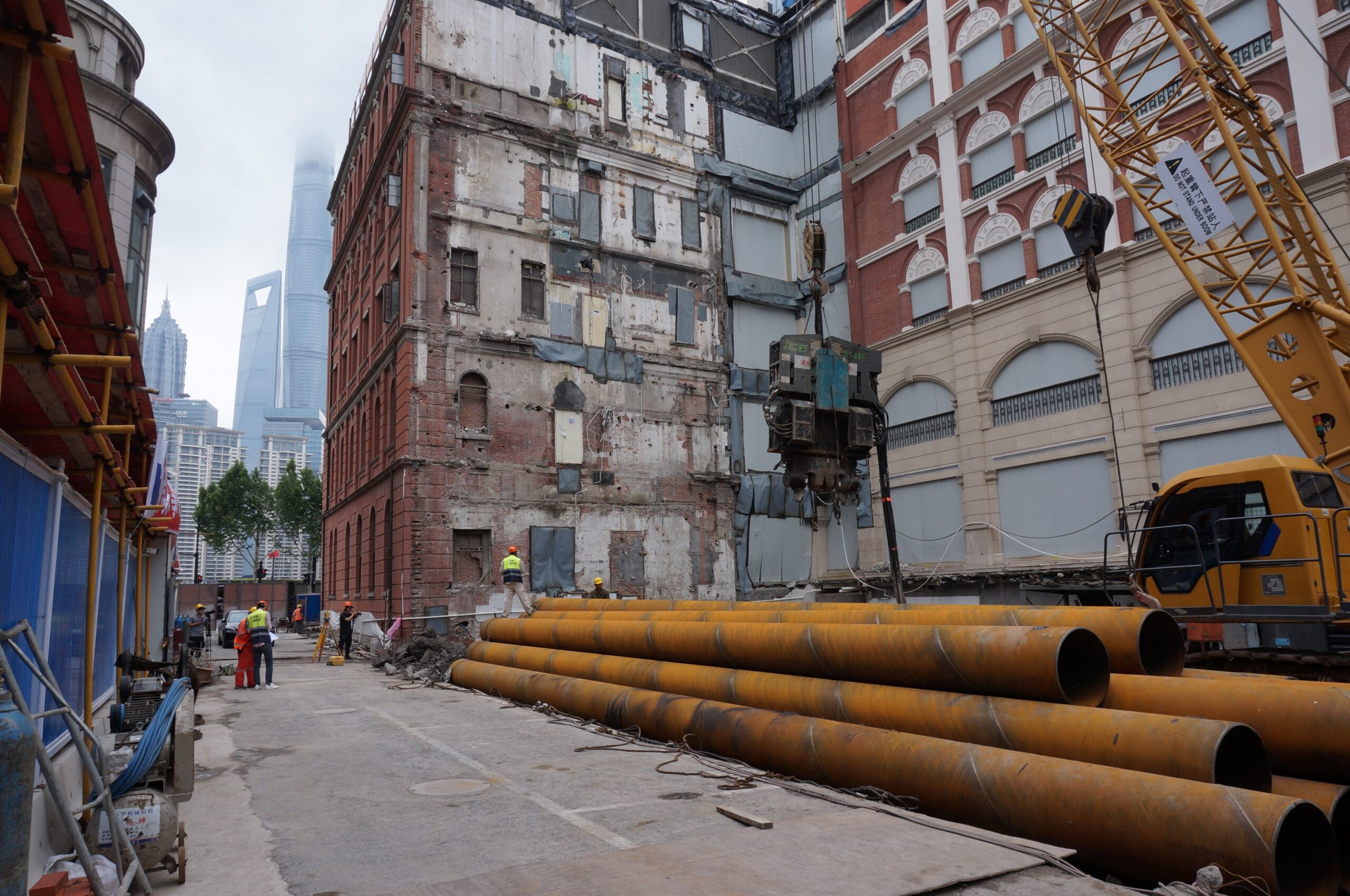 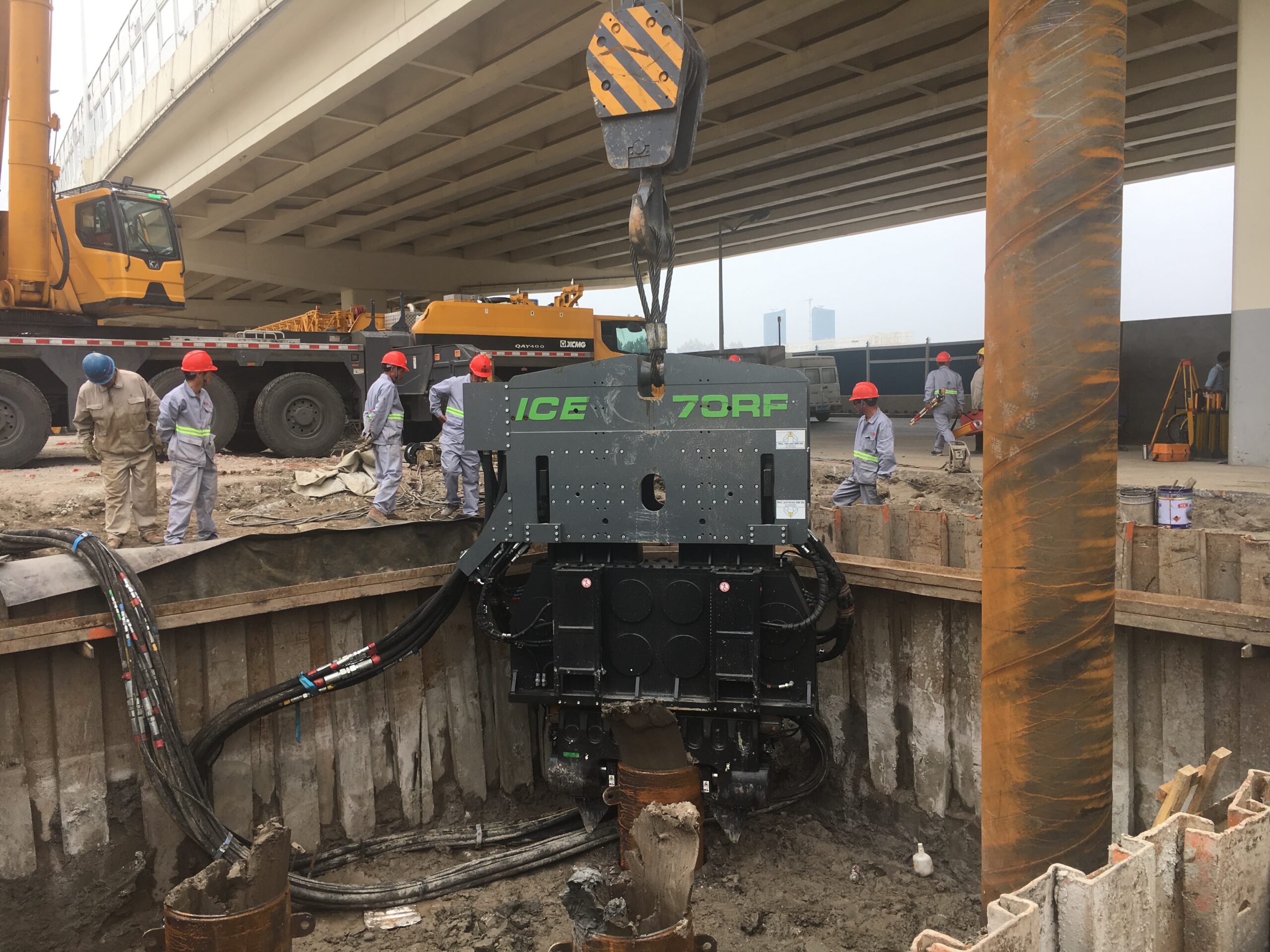 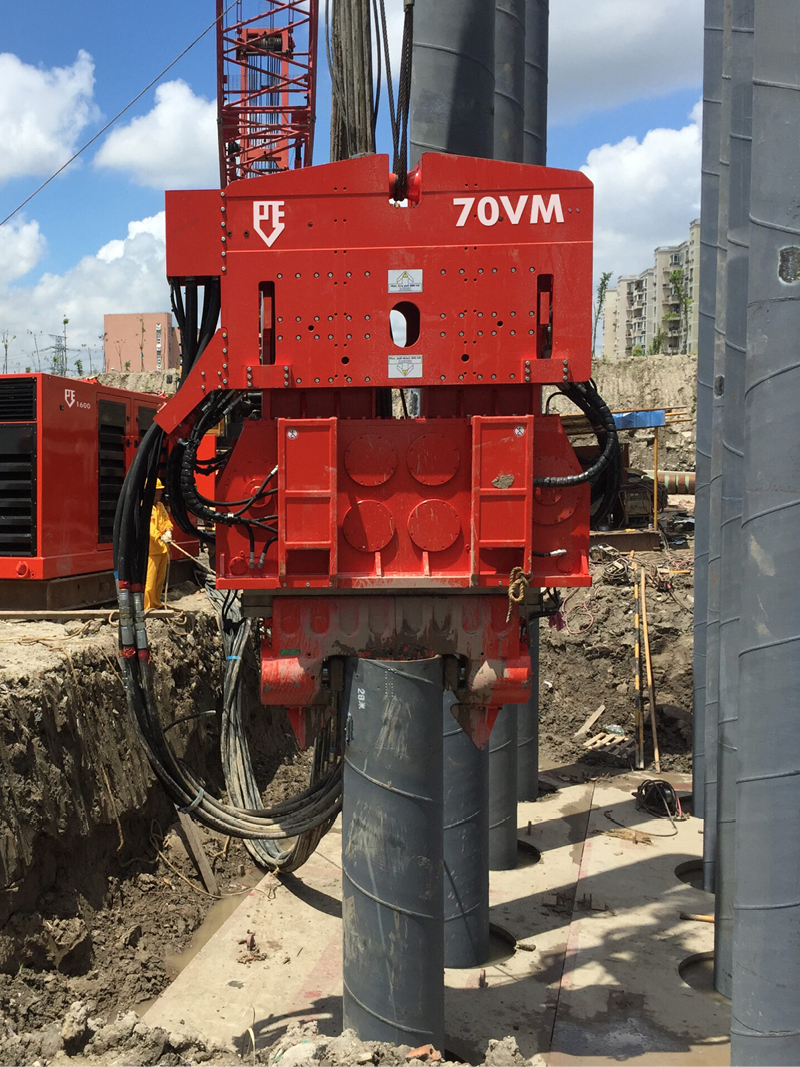 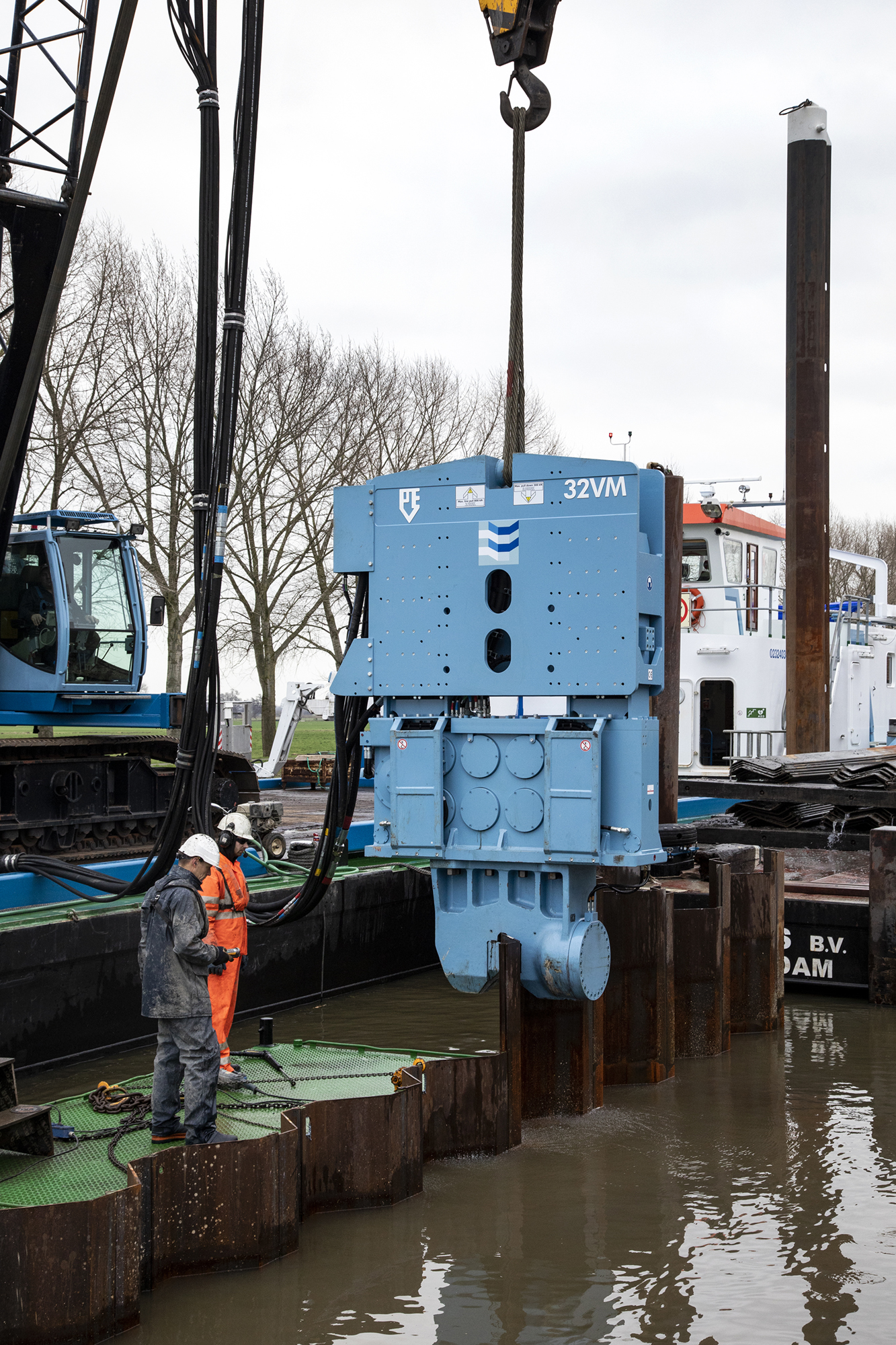 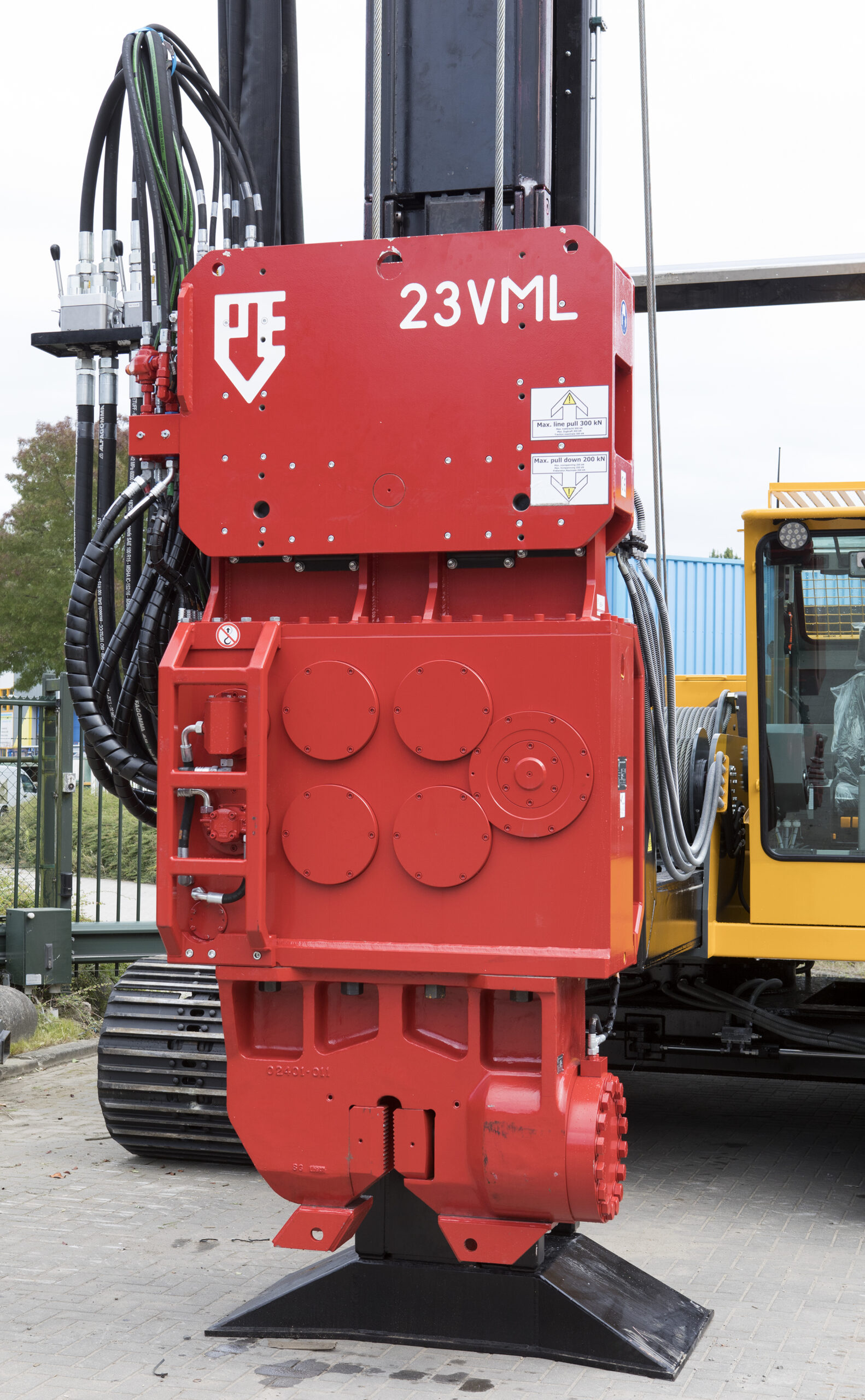 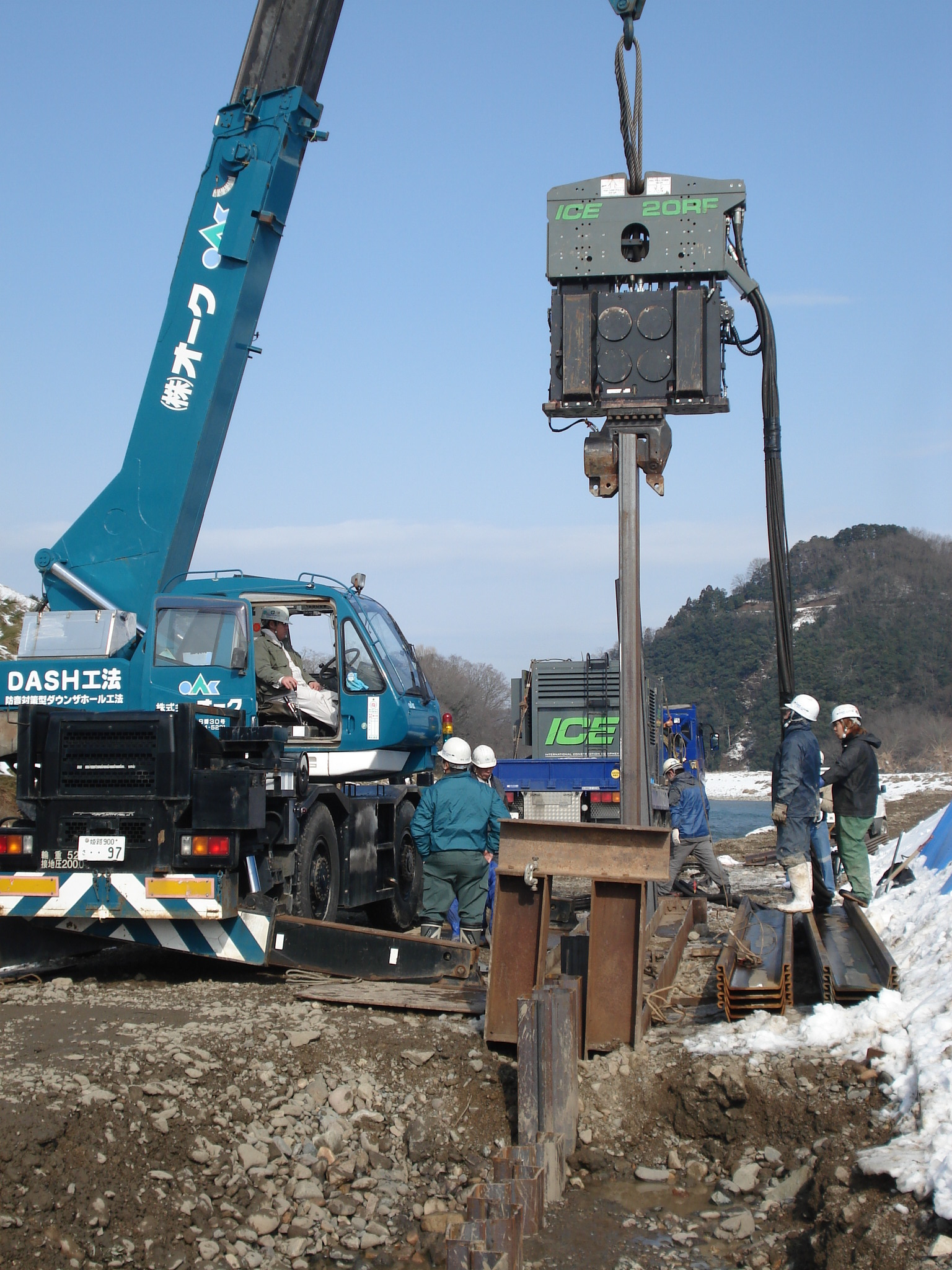 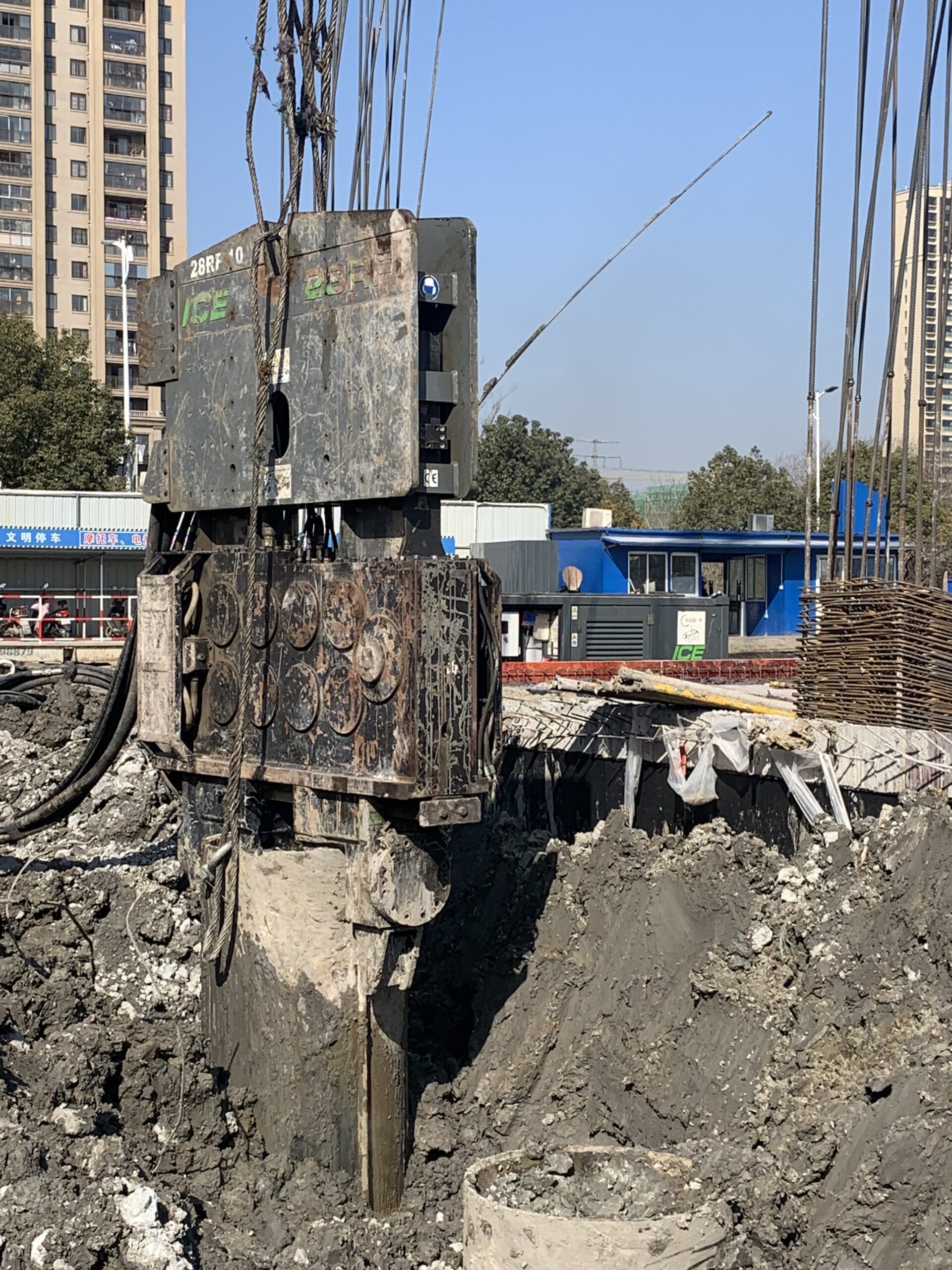